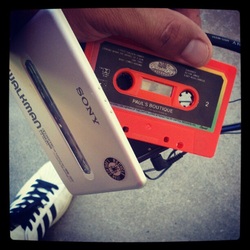 When I was a kid, I delivered newspapers around my block. It was a lot of fun. My walk man and I were best friends. I loved the tape mixes that I made and loaded in that little battery powered device that I would shove in my pocket, crank the volume on my headphones and carry that sack of newspapers up and down the sidewalks taking them to everyone’s front doors. Life seemed much easier when I was eleven years old. Being a paperboy was a fun job and I am lucky that I was born early enough to have taken part in an American tradition. It was a great opportunity for us youngsters.

One of my friends, his name was Bill, also worked for a different newspaper. Sometimes our paths would cross on our routes. He always had his walk man on too. We traded tapes and swapped stories as well. He got me into Weird Al Yankovich quite a bit! Dr. Demento tapings were a popular thing that he liked to share with me. Even Bon Jovi found its way into the morning walking commute in the neighborhood. Actually a lot of music started to fill my collection. I shoved newspapers in their plastic sleeves while rocking out to the Beatles taped from the radio stations, WCKG as a matter of fact. That’s an old classic rock station from back in the day.

I was also a baseball player as a kid from the 1980’s, a catcher and an outfielder actually. My good buddy Bunker and I hung out at each other’s houses quite a bit. We played basketball in the driveway, watched movies like Rambo (shhhh don’t tell my parents), TV shows like the A-Team and watched MTV too! We jumped in my mom and dad’s swimming pool in the backyard. One day, when we were dragged to the grocery store (my mom babysat him and his sister) and before practicing for a ballgame, he told me about a record he had at home (vinyl baby!) called “Rap’s Greatest Hits.”

1987, was probably the year. I never really paid much attention to rap. I mean I knew of The Fat Boys, Kool Moe Dee and RUN DMC. But there was something about the record he kept speaking of that day which grabbed my interest. I don’t know what it was, perhaps he was obsessed and kept going on and on about it, but I told him that he could go ahead and copy it onto a cassette tape for me. The next day or sometime later that week, he brought me the tape and played it on my boom box as we played catch in the backyard.

Not sure what got me so hooked on that particular tape. Today in the 2000’s, I have become much more into punk, rock, jazz, blues, alternative, new wave, etc. But not rap at all. Although, technically it is mostly considered hip-hop these days. Thanks to modern technology, The Internet can help me replace this tape that I still have and is starting to warp. I even have the track listing now for the first time. Bunker didn’t write any of that down or give me a list. But I know it now. Here it is:

Amazing stuff is listed here. It’s a real treat. Some things are unexplainable, but I played this tape literally a thousand times. I have no clue why. I just really dug it in the dugout at the ballpark or in my bedroom doing homework or delivering newspapers.

I would be swimming in the backyard pool and have it playing in the backyard or just swinging on the swing set. My dad absolutely HATED it with a passion. So I would ride my bike with this collection of records scratching and vocal sound effects (blasting in my ears via the walkman) that was certainly a breakthrough type of sound back in those days. I guess we all have these memories we like to hold on to and aren’t quite sure of the reason. We just feel safe holding on to these rare tapes and never throw them away until we have no choice. This is why I am finally looking to replace it on cd or mp3 format because it is a nostalgia thing.

This weird and annoying music got me through a lot of extra innings in the little league, bullies pushing me off the jungle gym or even boring car rides to Grandma’s. Every now and then I still pop that little sucker into my tape deck (yes I still have one) and relive the fond memories of goofy mouth noises and synthesized drum beats and vinyl skipping literally and yet still my buddy recorded it onto the tape that way. No edits. The tracks would cut off at the ends of the tape too which was funny.

So yes these were simpler times and I wanted to share this random thought while sitting in a Caribou listening to a device called an iPod and suddenly craving the desire to listen to this ridiculously entertaining piece of 1980’s history captured on a tape, which also on the reverse side is a bonus collection of Dr Demento stuff also from the radio but from my newspaper buddy Bill too. What can I say? I had a great childhood and it wasn’t even stressful because I didn’t know what that word meant. I leave you with this final thought…..I have more music to share this year (2013). Playlists, favorite artists over the past hundred years and why, plus more stories like this will pop up every now and then. Farewell…….Hee Haw

One reply on “Trouble Free Times”

Thanks for the story you shared. Love nostalgia! Love the kick back songs. Here’s to you and your buddy Bill. It’s nice to be a kid yet it’s even nicer when you continually grow with music too! 🙂 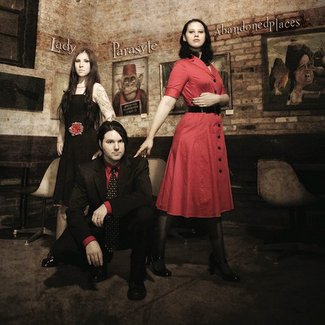