The following list of albums represent what I feel to be the forty greatest albums to be released in forty consecutive years in a row since the year I was born. It is based on my education, obsessions and life experiences. Through friends, family and my obsessions I found inspiration. Some factors in determining these albums are: I can listen to them numerous times. Some of these artists have stand out performances. Some are based on artist’s best albums, which fall into place with the year that they originated in. Ultimately this ends up being the top forty albums in my humble opinion. Sometimes the artists pay tribute other times it is just considered their peak performances. In many ways you could say that all years since 1976 are represented but more than that it is also my favorite as well as simply amazing albums and a sample of the best list I could think of that demonstrates the BIG 40 spectacular pieces of music in my lifetime, so far……

This is a big year for me because I turn 40. I never dreamt what it would feel like to approach the “over the hill” years. But alas here I come! But before that happens, I might as well finish off my 30’s with a musical BANG!!!

For the next 20 weeks, I will post 2 blogs per week paying tribute to albums that shaped my life. I have chosen 40 albums to represent each of my 40 years. The criteria is fairly simple. I choose an album that came out in a particular year, starting off in 1976. That album basically is one that is my favorite among the top ones released within that timeframe. It is also based on how many times I have listened to it in my lifetime.

These are the records that shaped my life in one way or another! 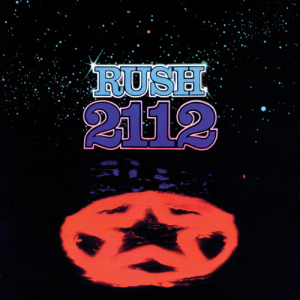 The year was 1976. I was freshly born into this world in the late Spring, unaware of the many adventures that would start to happen. It wasn’t until much later in life that I discovered this album 2112 by the Canadian band RUSH.

But this album rocks. A lot. The monumental title song is incredible. The acoustic sections don’t drag, and the metal sections throw infectious riff after riffs at my ears. It has Alex Lifeson’s shrieking guitar solos, pounding bass, flawless drumming by Neil Peart and vocals that range from shout-whining to soaring sing-whining. But don’t get me wrong, Geddy Lee has a fine voice and is enjoyable to listen to. The 20 minutes of the title track are over quickly, and you shall find yourself trying to calm down soon after it phases out with a searing instrumental before announcing, “Attention all planets of the Solar Federation…we have assumed control…we have assumed control…we have assumed control…”

WHAT A WAY TO ENTER THIS WORLD!!!