It’s time to do a 180. That’s the title of a supreme British Punk Record for the year 2013. The album title is based on the studio in Lambeth, London where the band tends to perform. Palma Violets are a pretty radical group. They are the first of two British bands that made it to the top of my countdown! What does that tell you? I LOVE British bands! They just know how to do it for me. For the fans of bands like THE CLASH, look no further. So these guys are named after an old-fashioned British candy, apparently. The lads of this gigantically buzzed-about indie-rock four-piece from southeast London look like they blew their first paycheck on facials and cigarettes—so far. But Palma Violets have a great sound all of their own, even if it has been pieced together from their favorite records. But that’s ok. The band’s debut single, “Best of Friends,” featured an awesome and stylish organ, plus loud drum pounding and background shouting that recalls the Who or something that begs for a round of drinks and earplugs. Animal like noises blast at times. I even hear a bit of Syd’s Piper in it. No matter. The songs get their rugged physical strength and vocals from the likes of Nick Cave and surprisingly the deep and fantastic Joe Strummer. Give this video a view and a listen! Modern Rock to the MAX Baby!!!! It’s pure brilliance! 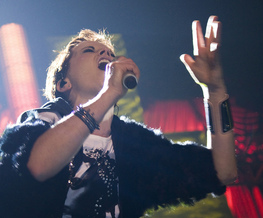