I was listening to a podcast the other day. This weird song came on. It was called “Little Fang.” What a trip!

Some questions came to mind.

Who is Avey Tare?

His real name is David Michael Portner. But he is an Avant Garde musician and founding member of the band ANIMAL COLLECTIVE. That band is definitely experimental and psychedelic and whose roots are from Baltimore. The lineup is not consistent but Noah Lennox, of another band called PANDA BEAR, has been on all of the ANIMAL COLLECTIVE releases. They’re on an Independent record label called Paw Tracks in Los Angeles. Lots of random contributions from a bunch of people create this wild sound.

But now….what is a SLASHER FLICK?

This is a breed of horror and thriller films that contain psycho killers hunting and murdering several innocent victims in a rather dramatic and violent style. Knifes, axes and even chainsaws are destructive weapons designed to chop them up! The killers love those tools. Slasher films involve splatters and are unique with their own cheesy and campy styles.

This is an indie-rock supergroup formed by the aforementioned David Portner with 2 different people. Angel Deradoorian and Jeremy Hymn make their presence known on this spooky, bizarre and free jazz style of experimental music. Angel provides creative and strange vocals and guitar styles and Jeremy pounds the drums while our hero David sings and plays the guitars as well.

This is sort of a pure pop moment that was unexpected to enter the ears of my brain recently. It clanks and rattles. The bass is bobbling around. Those vocals are screeching, pretty like groovy disco and almost annoying ( on purpose). Something that could resemble an acid trip.

Slasher Flicks (the band) is a really cool trio of terrorizing music that is set to come out in April. It has a minimal feel with complicated drumming and crisp guitar noises. Ultimately it is organized chaos!

I cannot wait to pickup this strange but awesome sounding LP entitled, “Enter The Slasher House.”

Here is the complete audio of that track, little fang: 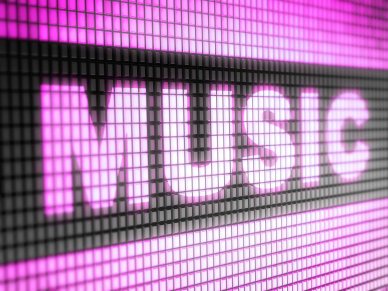