I was in the car driving home from work earlier this evening and I started to cry. Emotions began to amplify themselves within my mind. Life, beauty and death surrounded me. Why?

It was the powerful music I was listening to. I’ve been playing this album for over a month now, ever since it was released. Tonight I came to the conclusion that this was spiritual therapy. In fact, not only am I dedicating this blog entry to my niece Samantha, I am proclaiming that a certain album by a certain pair of artists is the most surprising, astonishing and inspiring one of 2016. In my opinion, of course.

This is a personal choice for me. I was going to do my usual countdown of top 10 favorite albums of the year but when a series of songs feel good on my ears and brings me to a place of overwhelming joy and sadness and can make me cry because I am suddenly appreciating everything around me, then I know this is the one to gravitate towards as my favorite album of the year. So let me get right to it.

The artist is Phantogram. They are an American music duo from New York. Josh Carter does vocals and guitars while Sarah Barthel provides vocals and keyboards. Both of them are unbelievable at what they do.

You could define their music in a number of ways. Lets just say they fall under four major categories. Dream pop, trip hop, electronica and “Shoe gaze”could aptly describe them. I love their awesome rhythms, guitars that swirl, keyboards that transport me to outer space, voices that echo and vibrate and lyrics that move through me.

Their October 7th release of the record, simply titled Three, is something that I can’t seem to play enough of. The songs spin around in my head and they won’t let go of me. I have surrendered to their addictive sounds.

This album, ironically, received mediocre reviews from several online sources. I am not one of them. I can’t explain why there are so many negative and poor reviews but that just doesn’t seem to matter. Perhaps I am sentimental when it comes to heartbreaking songs about losing someone close and dear to you.

I have experienced much tragedy this year. I took group fitness instructor courses and attempted to pass a certification test TWICE and FAILED both times. I lost 2 of my grandmothers within the same week, believe it or not. My wife and I had a miscarriage earlier last summer, which was a deep and personal tragedy. I had several battles with depression as well. So maybe this record speaks to me in a really strong way. Sadness, melancholy and panic attacks surround my soul even as i go through the process of healing.

My niece and I connect in a really special way. We are like kindred spirits when it comes to words, poetry and music and I really believe that she will love this album. Its an engaging listen for the ears and the brain. I think the songs punch pretty hard right into the heart. They help someone like me cope with loss and failure. The songs reassure me that I am not alone trying to sort out my sensitive feelings in this world of opinions, hatred and jealousy. I reflect on the beauty that is all over me when I play these songs.

How can I put this? Its one of the best bands you never heard of. They aren’t quite mainstream but that is just fine with me. The mood of this record is deep, raw and real. I won’t go into great details anymore. I can only provide you with a video and trust that faith and hope will take you on this fantastic musical journey.

I highly recommend you listen to (and watch) this: 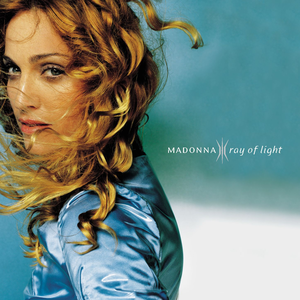 Her haunting voice arrives just after the organ’s hummer
The slide guitar lulls you to its peaceful rhythm
Steady but broken up drum beats
Slow burn of terrific melodies
Acoustic guitar strummed at the pace that screams of open fields
Off In the distant
I need my car so I can fill the tank up
And go for a very long drive along the lakes
Through the forests
Smiling up at the clouds
Seasons of Your Day is this brand new offering
From a band called Mazzy Star
How long has it been?
Seventeen Years?
Unbelievable friendly ghosts from the past
Make this music comfortable all over again
Like the best shower I have ever experienced
In the middle of the winter in a cabin
Deep in the woods
My feelings and emotions are strong with this recording
The voice of Hope is mystical and enchanting
Dreamy acid folk perhaps?
Pastoral country sounds mixed with late smoky rainy nights
Strumming the chords and the tablature
Are plucking on my heart strings
Romance hugs me even with the lovely harmonica notes
May I just say thank you for creating this wonderful music
It has brought me so much joy
since I first heard a hypnotic song entitled “Fade Into You”
so many years ago
Seventeen years ago I was still in college
Yesterday you entered my soul again
As if there was not this gap of time and energy
Heartbeat never skipped
I blinked and you were back
To rescue me from my misguided sleep
I think like the beautiful purple album cover
Just a perfect surprise
For the year two thousand thirteen
I cannot stop playing this record
I am simply blown away

Check it out here: